What the photographs show are dual images: documentary moments that were taken on site and later form a panorama of togetherness that never before existed, montaged together: the illusion of a moment that might come about at some point, already an image of a promise. The composition of the images sometimes takes recourse to “models,” to moments of art history that are here reenacted, re-staged as an image in the image, as an image that already anticipates an image, already a document of an illusion. The documentary character of photography is used both to transmit an illusion and to overtax it. The illusionistic glow has an invisible fissure, a breaking point from which doubt oozes, a source of critique that something’s not quite right. What the works reveal is the construction of future, the illusion of sutured wounds that the images evoke. They stand for an urgent plea to not trust appearances, to not have faith in a present that sutures the fissures between reality and ideal. The images stand for a hybrid of scenes that never took place in that fashion and yet point to a goal, a hybrid of critique and hope that gives a face to the everyday life of children, thus providing a realistic portrait of the call to action.

-Andreas Spiegl
ABOUT THE PROJECT:

As the crisis in Syria rages on, an entire generation of children is being shaped by violence, displacement, and a persistent lack of opportunity.

UNHCR, together with leading international humanitarian organisations, has launched the „No Lost Generation“ campaign, which builds on the latest evidence of the impact the crisis is having on children, not least through diminished access to education and protection.

Previously a stretch of desert, Zaatari now accommodates displaced persons in what has become the second largest refugee camp in the world. Around 100,000 people are living in Zaatari Camp, with the majority of registered Syrian refugees in Jordan being children and youths under the age of 18.

The „No Lost Generation“ strategy aims to support the implementation of sustainable activities over the coming years that will provide millions of children affected by the conflict in Syria, Lebanon, Jordan and Turkey with learning opportunities, a protective environment and opportunities to rebuild their future.

LET THE CHILDREN PLAY initiative is a project in line with these international human ethics and the United Nations mission to protect and promote fundamental Human Rights, including the Rights of the Child, by the use of visual means.

The young demographic and raw desert environment of the Zaatari refugee camp lends itself strongly to the purpose of composing iconic photographic and cinematographic images that highlight the plight of thousands of refugee children.

The methodology used to realise this project focuses on the child throughout the process – the children take part and actively participate in all the activities. PLAY, ACT, ENGAGE,... LEARN: the final visual results are achieved through different workshops – where there is a common experience of succeeding and creating together.

Those visual creations found its roots in the iconic symbol of the TREE, its philosophical meanings, its symbolical expression for growth and future but also in the matter no trees growing and offering shade in the dessert environment of Zaatari Refugee Camp.

This led to the realization of two real staged photographical compositions “LET THE CHILDREN OF SYRIA GROW HOPE” and “LET THE CHILDREN PLAY AT ZAATARI REFUGEE CAMP” working with the children and youths living in the camp so that they became pivotal characters in the final making of the images – over 300 refugee children had been involved in this experience - and with projects like this, a child experience can become a lifetime memory.

The implemention of the project started in January 2014 at the Zaatari Refugee camp in partnership with the UNHCR and supported by SAVE THE CHILDREN an IRD produced by PLAY FOUNDATION to foster sensitivity towards the rights of children and refugee children, especially the children of Syria..

Working with an international team of artists consisting of photographers, sculptors, fine artists, musicians, interactive sound artists, game creators and filmmakers, the Play Foundation’s main objective lies in communicating human values through the medium of art. It puts particular emphasis on the UN Declaration on the Rights of the Child, promoting freedom, dignity and the right to play.

The foundation intends to run projects with children from disadvantaged areas on a global level with the following aims to:

Split into two main divisions, The Play Foundation acts as an umbrella organisation for The Children’s Play and The Fairy Play. Where the main aim and objectives stay the same, projects run under The Fairy Play use art as a voice for reflecting Spirit and Values of Sport Culture.

As the Play Foundation website is slowly taking shape, we would like to invite you to visit www.thechildrensplay.com and www.thefairyplay.com where previous projects supported by the organisation can be viewed. 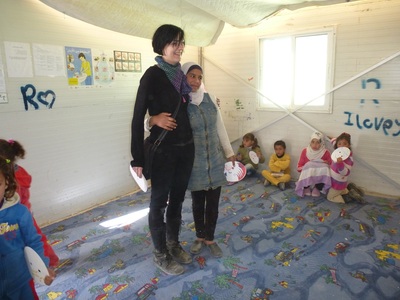 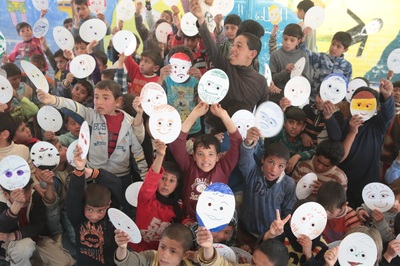 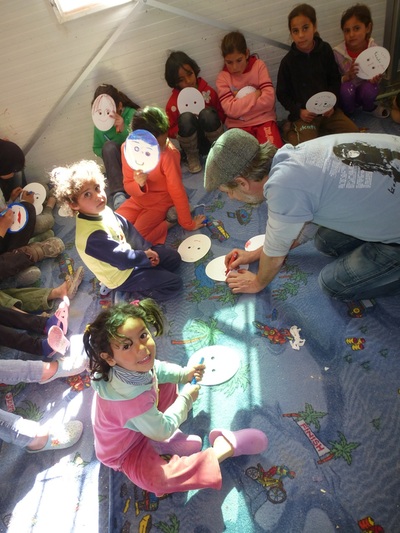